5 Regional Cities That are Perfect for Immigrants

5 Regional Cities That are Perfect for Immigrants

There are more than one way to migrate to Australia. If you are not made for bustling cities like Melbourne, Sydney or Perth, Australia has so much more to offer and in fact you could migrate to a regional centre within Australia which might be perfect for you. Here are the 5 regional cities that are best for migration.

Townsville is a city on the north-eastern coast of Queensland, Australia. It is in the dry tropics region of Queensland, adjacent to the central section of the Great Barrier Reef. Townsville is Australia's largest urban centre north of the Sunshine Coast. It is considered the unofficial capital of North Queensland by locals, Townsville hosts a significant number of governmental, community and major business administrative offices for the northern half of the state.

The city remains popular with tourists, and backpackers are particularly drawn to Magnetic Island and the Great Barrier Reef. The city has excellent diving and snorkelling facilities, with a variety of vessels using the port as a home base for their reef tourism activities.

The city also has its own manufacturing and processing industries. Townsville is the only city globally to refine three different base metals — zinc, copper and nickel — and it is currently in strong contention for an aluminium refinery.

Townsville has several large public assets as a result of its relative position and population. These include the largest campus of the oldest university in northern Queensland, James Cook University, the Australian Institute of Marine Science headquarters, Great Barrier Reef Marine Park Authority, the large Army base at Lavarack Barracks and RAAF Base Townsville.

Geelong is a port city located on Corio Bay and the Barwon River, in the state of Victoria, Australia.

Geelong is just 75 kilometres (47 mi) south-west of the state capital, Melbourne and is the second largest Victorian city.

More than 10,000 businesses employ over 80,000 people in the Geelong region,with manufacturing and processing industries providing 15,000 jobs, followed by 13,000 in retail, and 8,000 in health and community services. The Geelong region attracted over 6 million tourists every year with major tourist attractions such as the Waterfront Geelong precinct and Eastern Beach on the shores of Corio Bay, and the National Wool Museum in the city along with more than 30 historical buildings listed on the Victorian Heritage Register. The Geelong area hosts regular international events which are also tourist draw cards, including the Australian International Airshow.

Broome is a coastal, pearling and tourist town in the Kimberley region of Western Australia. The pearling industry started in Broome with the harvesting of oysters for mother of pearl in the 1880s and has continued to the large present-day cultured pearl farming enterprises. Broome is also home to the Sun Picture Garden, the oldest operating open-air cinema in the world.

Bathurst is a regional city in the Central Tablelands of New South Wales, Australia. It is about 200 kilometres (120 mi) north-west of Sydney and is the seat of the Bathurst Regional Council.

Bathurst is the oldest inland settlement in Australia and education, tourism and manufacturing drive the economy currently. The internationally known racetrack Mount Panorama is a landmark of the city.

Bathurst's economy is broad based with a manufacturing industry, large education sector (including agricultural) and government service sectors.

To capitalise on Bathurst's growth, education facilities and youthful population, in 2011 the Regional Council announced it was progressing plans for a new Australian Centre for Science, Technology and Emerging Industries (ACSTEI), also known as the Technology Park, to be established adjacent to the Charles Sturt University Campus with the centre featuring next generation emerging industries. 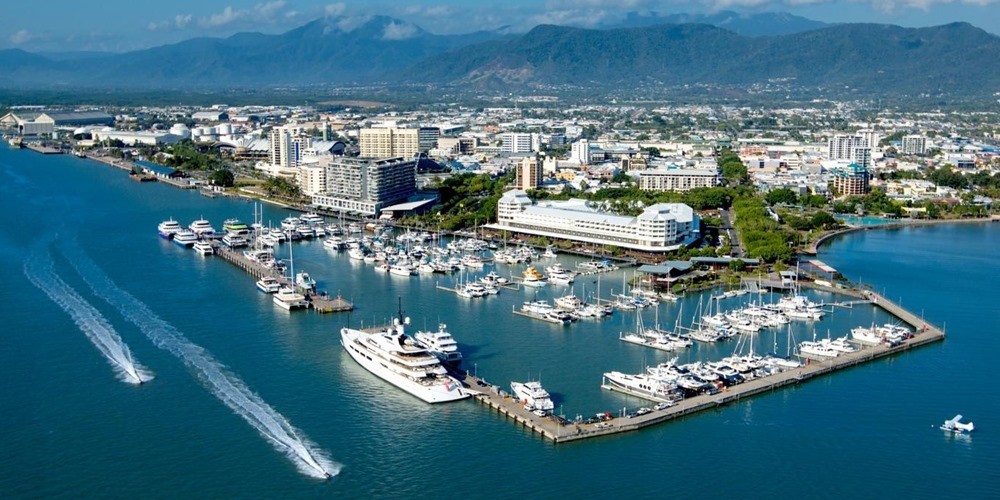 Tourism is the main contributor to the Cairns economy. According to Tourism Australia, the Cairns region is the fourth-most-popular destination for international tourists in Australia after Sydney, Melbourne and Brisbane.

Several shopping centres are located throughout Cairns. The land around Cairns is still used for sugarcane farming. Within the Cairns City Council area there is a sugar mill at Gordonvale. The Barron Gorge Hydroelectric Power Station is located nearby on the lower Barron River, and provides green power for some of the city's needs.

The gateway to Queensland’s tropical north, Cairns is a stylish city and is renowned for its relaxed, tropical climate and laid back ambience.

More in this category: « 10 Aussie Slang Terms You Need to Use Right Now! 8 Stereotypes Every Australian Hate To Hear About Australia And Australians »

Make sure you enter all the required information, indicated by an asterisk (*). HTML code is not allowed.